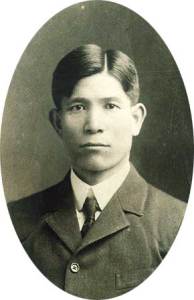 The beginning of a new motor vehicle generation can be traced back to Datsun 1911 when ”Kwaishinisha Co.” in Tokyo’s Azabu-Hiroo is established by Japanese engineer, Masujiro Hashimoto.

Hashimoto had studied in the US as an overseas on-the-job trainee supported by the Ministry of Agriculture and Commerce, and he had been impressed by the technological expertise and productivity of the American auto industry.

Roughly around the same time in Amercia The Ford Motor Company opened its 60-acre Highland park plant on January 1 1910 in an effort to meet the unprecedented demand for the Model T. Company policy already dictated that production machinery was to be scrapped as fast as the tool department could develop improved types of specialised machinery that would support higher volumes of production. Henry Ford was trying to keep up with demand by developing more specialised machine tools and innovations in the production process.

Willy’s-Overland (makers of the now famous ‘Willy’s Jeep’ produced 18,200 automobiles, which made it a very large producer, number 2, right behind Ford.

After the wife of a friend had been killed crank-starting an automobile, Henry Leland gave a contract to C.F. Kettering’s Dayton Engineering Laboratories (later called Delco) for 4,000 of Kettering’s new electrical starters. Leleand put them on his 1912 model Cadillacs.