Most people know Nissan as the world’s fifth largest motor manufacturer and while this is correct, and indeed impressive, Nissan’s roots are actually a little more humble than today’s figures suggest.

Nissan in fact owes its existence to Mr Masujiro in 1911 founded the Kwaishinsha Motor Car Works. His first car was called the DAT – later being known as the (son of DAT), and then Datsun.

Of course, there were many mergers and takeovers, as is the norm with any large manufacturing industry, and from this Nissan Motor Co was formed. The most important year in history for Nissan was 1935, when still wearing the Datsun emblem, the first car rolled off the integrated assembly line in Yokohama.

The Datsun name held a strong bias, particularly in the UK and Japan, but ultimately the decision was taken to stop using the Datsun name worldwide in order to strengthen the Nissan name. This happened in 1981 in the US – a single name could be used worldwide and it would simplify product design and manufacturing. By 1986 the Datsun brand had been totally phased out, but was still more familiar to some than the Nissan name.

Nissan has a strong presence in South Africa and enjoys a loyal local following and caters as an operational hub in the South African market and 42 other countries in Sub Saharan Africa, including Angola, Ghana, Kenya and Nigeria.

In South Africa, the company offers a range of 28 vehicles under the Nissan and Infiniti brands, including the popular locally-produced Nissan light commercial vehicles – the NP200 half ton pickup and NP300 one-ton Hardbody – produced at the company’s Rosslyn plant, northwest of Pretoria. 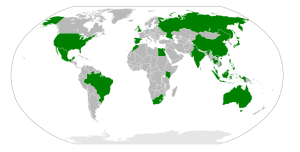 Nissan truly is a global player with manufacturing plants all over the world, including our well know Roslyn plant northwest of Pretoria

In 2013, the company made history with the introduction of South Africa’s first fully electric vehicle, the flagship Nissan LEAF.

This will be followed in 2014 by the reintroduction of the iconic Datsun brand, as well as the launch of the new, class-leading Qashqai crossover and new all-new X-Trail sports utility vehicle.