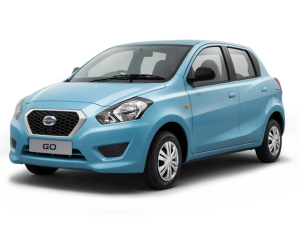 Datsun Go in the press

“The Datsun GO is not without controversy, but beyond that, what is like to drive one of the cheapest cars on sale in South Africa?”

Is there a place in the South African car market for a brand new car sans basic safety features such as ABS or Airbags?

The car in question of course, is the Datsun GO and apparently there is such a gap in the market, because 406 new GOs found new homes in May this year. To put that in perspective, a direct competitor such as the Tata only managed to shift 23 Indica’s in the same period.

By now you’re probably familiar with the fact that the GO scored zero in the Global NCAP crash test. Does Global NCAP, the safety test company behind the public shaming of the Datsun GO, have an agenda against Datsun and parent company Nissan? Perhaps. What is of interest though is that the company tested similarly budget models from Suzuki, VW and Ford, all of whom performed just as poor with all of them getting zero stars (out of five).

All these models in question are price-cut budget beating models meant for third world markets such as India, who are seemingly less concerned with safety than other parts of the world. As such, Global NCAP has made it their mission to test these entry-level cars, for good reason too. Because, why should very cheap cars not be subjected to first world safety standards?

Perhaps Datsun has come in for more flak than the others due to the fact that they don’t even offer an airbag or ABS as an optional paid extra in the one-model range. Of course, the Polo, Figo and Swift models sold locally do have ABS and at least one airbag and have passed the same Global NCAP test. It should also be noted that South Africa’s cheapest car, the Chery QQ3 (R88 900.00), also snubs ABS and airbags safety features yet has managed to avoid similar controversy.<<read more…>>

Datsun originated in Japan as DAT-GO (the DAT-car) a century ago in 1914. The word DAT means ‘lightning-fast’ in Japanese but is also a reference to the three financiers who supported the business at the time – namely Mssrs. Den, Aoyama and Takeuchi – an acronym of the first letter of each name. Using the same logic, it was promoted as Durable, Attractive and Trustworthy, or DAT for short.  In 1933, Nissan’s founding father Yoshisuke Aikawa took over the business with a vision of “mobility for all”. The introduction of a lightweight, economical, yet resilient car to meet the aspirations of young Japanese people in the early 1930s was named the ‘son of DAT’ – Datson – which later changed to Datsun. For those of you old enough to remember, Datsun was popular in SA in the 70s until the brand was phased out in 1981 when it was changed to Nissan. Fast-forward to 2012 and Nissan announced the return of the Datsun brand to be their third global brand after Infiniti. At the launch I attended in June last year, we were told “the Datsun brand is set to provide a sustainable motoring experience to optimistic up-and-coming customers in high-growth markets.” The Datsun brand was so well known that it’s still recognised today, a good thing for Nissan. <<read more…>>

The recent launch of the budget A-segment Datsun GO marked the return of the Datsun brand to South Africa, which is all very exciting, but the GO has also raised many eyebrows. Much of the controversy stems from the fact that the GO has no modern safety systems fitted and that it recently scored a zero star Bharat NCAP safety rating, but is there more to the GO?

The answer depends on the value you place on safety and how much you can afford to spend on a new car. The Datsun GO is all about perspective. To relate, I drove a VW Golf Chico across South Africa multiple times for 12 years, all in a car that’s devoid of any safety features, no ABS, no airbags, no nothing and yet it remains a popular used car. The GO’s maiden sales figures speak volumes with 583 units sold in its first month, which is mightily impressive, if not surprising. <<read more…>>