Datsun hopes to turn the light seven seater people carrier market on its head with the introduction of the Datsun GO+.

For growing families who have outgrown the somewhat restrictive nature of a hatchback, and who might not be able to afford a more expensive SUV or Crossover, pickings are slim.

If you only require seating for five but need extra luggage carrying capacity, traditionally a station waggon or even a double cab bakkie might suffice. However, with the former virtually extinct and both requiring significant investment, and still, only offering seating for five, if you’re looking for seating for seven, pickings are even slimmer. Add a tight budget to the mix, and you’re down to only a handful of hopefuls.

Datsun hopes to turn the light seven seater people carrier market on its head with the introduction of the Datsun GO+. Like the name implies the Datsun GO+ features all the attributes that have made the Datsun GO a best-seller amongst first-time car buyers – affordability, flexibility and cost-effectiveness – with added benefits that will appeal to young, adventurous up-and-coming motorists looking for a car that is even more flexible and will carry their growing families in style.

“The plus edition of the Datsun GO, the GO+ will create its own unique sub-segment (within the upper A-segment/ lower B-segment), as a versatile multi-purpose vehicle (MPV) offering motorists exceptional value, fuel economy and maintenance at an attractive price. These have all been the hallmarks of Datsun since its re-entry into the country”, said Vincent Cobee, Global Head of Datsun.

GO+ will appeal to young, adventurous up-and-coming motorists looking for a car that is even more flexible and will carry their growing families in style. 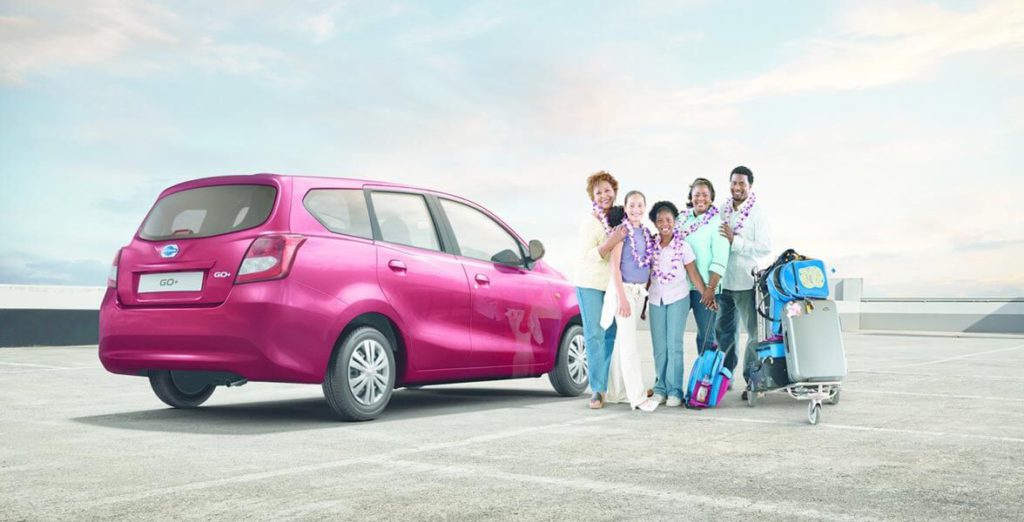 The Datsun GO+ with added space and versatility

Since its re-introduction to South Africa, Datsun has capitalised on buyers looking for reliable transport which is inexpensive to purchase, cheap maintain and which don’t cost an arm and a leg to run day-to-day. Datsun has answered this call, and the GO has found a loyal user base who appreciate the brand’s commitment to keeping costs as low as possible. Now with the GO+, those looking for additional space for seating and storage are more than catered for with a spacious and capable seven seater which has an attractive selling price of just R134 900.

Style-wise, the GO+ is effectively a stretched version of the GO, with overall length increasing to nearly 4m and storage capacity a generous 347-litres with the rear seats folded flat.

Bang For Your Buck!

Specification for the GO+ very closely mirrors that of the GO with standard features including air-conditioning, power steering, a mobile docking station, a driver’s side airbag, seat belts for all passengers and large disc brakes up front with drums brakes at the rear. Also making its debut on the GO+ is an all-new dark interior trim.

Power is courtesy of Datsun’s tried and tested 1.2-litre petrol engine which produces 50kW and 104Nm of torque and is sent to the front wheels via a 5-speed manual gearbox. 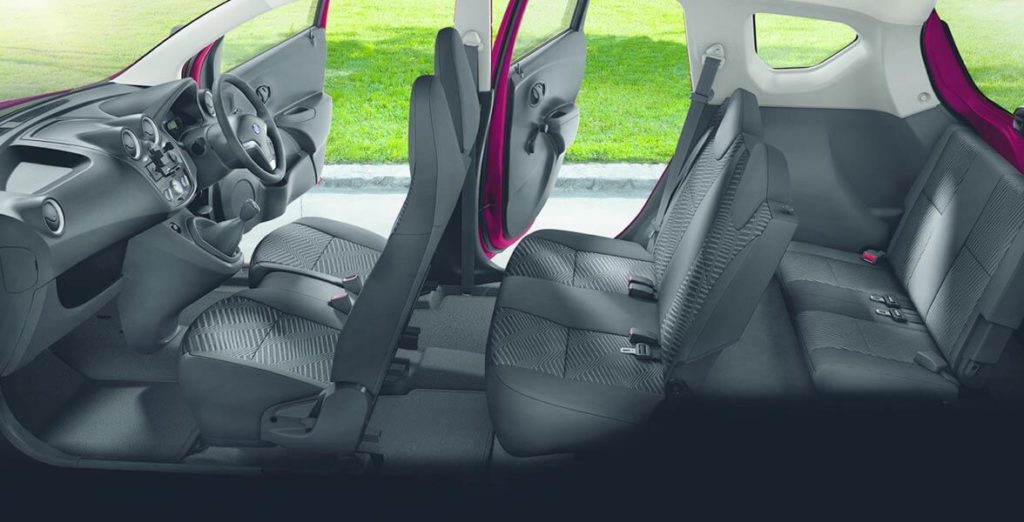 Seating is for 7. With 347-litres of load space with the third row folded down

“We believe that, in addition to young families, the new Datsun GO+ will be an attractive option for rental companies looking to offer customers a vehicle which extends fun-filled holidays with an adventure-orientated, roomy vehicle for their travels, says Des Fenner, General Manager of Datsun South Africa.

The new Datsun GO+ will also be available in robust panel van format, offering small to medium businesses an attractive delivery van option with a low purchase price and running costs. Where the competition come in consistently above the R200 000 mark, the Datsun GO+ Panel Van is priced at just R149 900. Of course, if you’re business is VAT registered you can claim back 14% of the purchase price as an output cost, making it even more affordable. 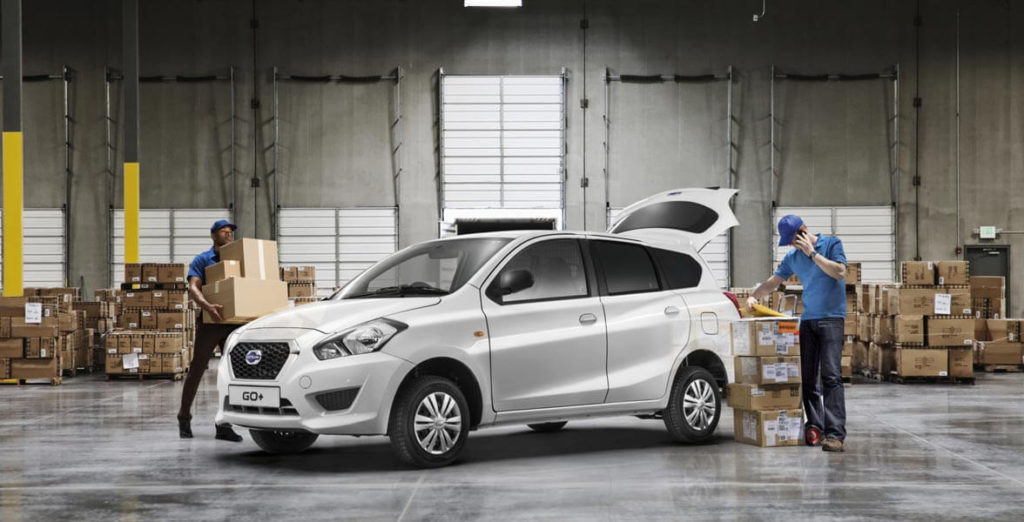 Insurance is also an important factor that small to medium businesses should look in order to streamline costs. The more affordable a car is to maintain and repair, the lower the insurance premiums will be. The GO+ Panel Van is also built with security in mind and features a solid partition between the cargo and passenger areas combined with dark tint smash and grab for the cargo area windows. These great features as well as the readily available parts distribution in South Africa translates into great insurance premiums for your business.

“Tick the boxes, do the sums and then make your decision about which panel van offers the most. It’s an important decision that can contribute to making or breaking a small business, and therefore isn’t a choice that should be made in a hurry,” says Mr Fenner.