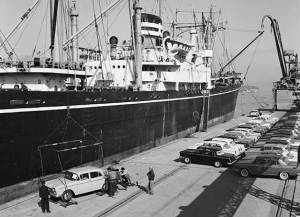 Whilst at first glance the 223 may look very similar to its predecessor the 222, there are actually a large number of significant differences between the two.

The most significant change is that the 223 has a completely new chassis and suspension system. The previous 222 model had a reverse Elliot I beam front suspension set up with leaf springs at the front. For the new 223 there is an independent front suspension system with height adjustable torsion bars. This is the same system that will be used in the following 320 series trucks, though not the same chassis.

Visually the biggest change to the truck is the grille. It is a different design with Datsun in the centre at the top and the words Torsion Bar written 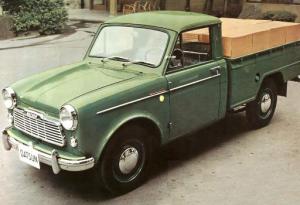 The other big change is the new E-1 engine. Thanks to a new carburetor and a new cylinder head design the E-1 offers a 12hp increase over the E engine in the 222.