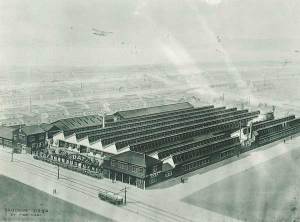 DAT Jidosha Seizo Company is formed when Hashimoto’s Kwaishinsha Company merges with Jitsuyo Jidosha. The first single-body casting four-cylinder engine is created by DAT. This invention creates a league all on its own.

Going into a little more detail, the firm was renamed Kaishinsha Motorcar Co. in 1918, seven years after their establishment and again, in 1925, to DAT Motorcar Co. DAT Motors constructed trucks in addition to the DAT passenger cars.

In fact, their output focused on trucks since there was almost no consumer market for passenger cars at the time. Beginning in 1918, the first DAT trucks were assembled for the military market. The low demand from the military market during the 1920s forced DAT to consider merging with other automotive industries.

In 1926 the Tokyo-based DAT Motors merged with the Osaka-based Jitsuyo Jidosha Co., Ltd. also known as Jitsuyo Motors (established 1919, as a Kubota subsidiary) to become DAT Automobile Manufacturing Co., Ltd. in Osaka until 1932. (Jitsuyo Jidosha began producing a three-wheeled vehicle with an enclosed cab called the Gorham in 1920, and the following year produced a four-wheeled version. From 1923 to 1925, the company produced light cars and trucks under the name of Lila.)